MRI Safe Watches that are within your budget!

As a professional working in radiology every day, you get used to the fact that a watch just isn’t an option. The risks of the MRI magnet damaging your smartwatch or activity tracker just are not worth the risk. Lets be clear from the onset. There is no such thing as a completely safe MRI watch, especially when considering the unforgiving nature of the MRI and its massively powerful magent. If you are a patient going for an MRI, don’t tell the MRI tech we said it was ok to where your non-magent smart watch inside the bore of their very expensive T3 bore.

We aren’t here to argue with generations of MRI techs that have learnt the hard way as they watch their keys, pens and watches fly across the room and imbed itself against the MRI machine.

and we aren’t here to argue that point and many rad techs will tell you not to bother for good reason.

But… what if there was a watch that was safe to wear in and around an MRI? The jury is out and we’ve all heard the myth of the elusive MRI safe watch.

So we decided to look into th the best non magnetic watches on the market to see if any could take the title of MRI safe watch.

Well we decided to explore this a little more and came up with some solutions if you decided a watch was worth the risk.

There are many companies that claim to have built non-ferrous watches that can withstand the pull of even T3 magnets. These ultimately end up being an expensive and very dangerous mistake as the watch either stops working or worse flies across the room, putting both your career and your patient at risk.

We took a look at some of the best nonmagnetic watches on the market today.

So we spoke to the radiographers and the G-shock was mentioned more than once. We could not get a response from Casio on the nonferrous nature of their watches but we have tried a few without any issue. This is also a much less costly should the watch succumb to the MRI magnet as the G-shock watches start at a far more wallet friendly $150.

If the rugged look of the ultimate tactical watch is not for you. Take a minute to look at the Baby G or woman’s range of watches. Casio has revamped its range over the years and the new range of timepieces is truly astonishing.

Don’t take my word for it, take a look at the range of watches for women, they are designed for the tough and active modern woman. We all know Medical Imaging asks a lot of you and the Gshock may just be the ticket when sliding patients and general day to day in the hospital or clinic.

This is where the range really opens up and you spoilt for choice. Omega claims to have crafted a game-changer. That being said, it’s not a cheap solution at $10K plus.

So although we do love the Omega, it will take some serious savings.

Now we know it’s not the answer you want, but a clock on the office wall is an extremely helpful alternative to wearing a watch in or near the MRI

Can an Apple watch be worn in an MRI?

In our experience, we found the Apple watch stopped working temporarily. We took the watch into a T3 for the time it would take to prep and settle a patient. Approximately 5 mins, in this time the watch seemed to succumb to the T3 magnet.

We then left the range of the MRI Magnet and returned to the MRI Control Room and attempted to reboot the SmartWatch. The apple watch started straight back up and we haven’t had issues ever since, but the incident gave us pause and makes me wonder about long term issues.

That being said, we have been uneasy taking any Apple’s watch in the MRI since. This test was conducted with an Apple Watch 2 and we haven’t seen anything from Apple to suggest that the design of the new Apple Watch would stand up any better to the T3 magnet.

Smartwatches like the Galaxy from Samsung and the Apple Watch all contain small magnets of their own for the likes of speakers and even the batteries. You have to wonder about the life expectancy of your smartwatch with regular exposure to these magnets especially the more powerful T3 MRI’s.

This is a big reason we love the Gshock for its seemly unfazed even from the likes of the big T3 Magnet.

Radiology Vine invites you to join our community. It's completely free 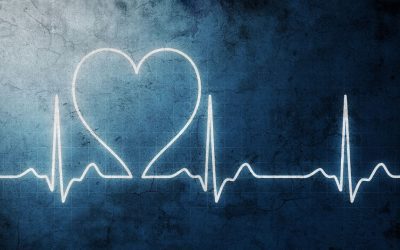 According to the American College of Cardiology, did you know that there are over 2 million Americans who have some type of implanted device? These include pacemakers and implantable cardioverter defibrillators or ICDs. It's expected that over 50 percent of the...