According to the American College of Cardiology, did you know that there are over 2 million Americans who have some type of implanted device? These include pacemakers and implantable cardioverter defibrillators or ICDs.

It’s expected that over 50 percent of the patients with these cardiac devices will need magnetic resonance imaging (MRI). Previously, if a patient had a pacemaker, they were not allowed to have an MRI. However, due to new studies and medical advances, patients with pacemaker devices can have MRI scans.

There are some factors to consider and pacemaker MRI protocols to follow beforehand. However, it is possible to safely have an MRI scan with a pacemaker device in place.

In this article, we discuss some practical tips and procedures to follow to help you determine if an MRI scan is the right option for your pacemaker patient.

For decades, MRI scans were an absolute contraindication for pacemaker patients. This, unfortunately, led to some pacemaker patients not receiving the correct diagnosis because they could only use computer tomography (CT) scans.

Previously, the concerns with patients who have pacemaker devices receiving MRI scans were that the powerful magnetic and radiofrequency fields that the MRI machine generates during the procedure would affect the pacemaker device.

There were multiple concerns that this could not only damage the device or components within the pacemaker or hinder its function but also heat the leads and cause burns to the patient. If either of these were to occur, it could quickly cause harm to the patient. There were also concerns that the MRI machine could cause the pacemaker to start rapid pacing and could potentially shock inappropriately.

Luckily, due to more testing and newer technologies, we can safely and successfully do MRI scans with patients who have compatible cardiac pacemaker devices and leads.

The Food and Drug Administration (FDA) and the American Heart Association do not currently have any guidelines for MRI pacemaker safety.

However, in February 2011 FDA approved the first MRI-conditional pacemaker device in the United States. The device is labeled as MRI-conditional and not “MRI-safe” because there are still some limitations with these devices before getting an MRI.

The first-generation MRI-conditional pacemakers have some limitations, such as they must only use 1.5 Tesla scanners. Cardiac MRIs are also excluded because there is a risk of overheating the new lead system.

The second-generation devices are compatible with a cardiac MRI.

One consideration for MRI-conditional devices is how much MRI “energy” or “power” is necessary for the MRI scan. It is best to use the least amount of energy as possible for patients with pacemakers during an MRI scan to be safe.

Sometimes this means limiting the time spent scanning a patient at one time or limit the kinds of images taken.

Performing an MRI scan on a patient with an older or non-MRI-conditional pacemaker device is not always contraindicated. However, extra caution is necessary.

There is more data today that MRI scans can be performed safely with these older devices. However, this should only be done under carefully supervised conditions.

With some older or non-MRI-conditional pacemaker devices, there is a risk of the leads from these devices heating up and burning the heart muscles.

Before an MRI scan is ordered for a patient with an older or non-MRI-conditional device, all the benefits and risks should be considered.

How to Determine Which Device a Patient Has

Ideally, the patient would know what type of pacemaker device they have, but that is not always the case. When a patient receives a pacemaker, they should get a card that identifies the pacemaker.

This card should include:

If the patient is coming in for a scheduled appointment, ask them to bring this card with them.

Requesting Surgical implant notes are not essential, but highly recommended. Many clinics and hospitals see the value as it avoids misidentification of implanted cardiac devices and or worse a clinical incident.

Before performing an MRI scan, check with the manufacturer for specific guidelines for conducting an MRI scan with their pacemaker device.

Like with all medical procedures and testing, you must look at each patient and their health to determine if performing an MRI with a pacemaker is the right decision for your patient.

You should look at why the patient needs an MRI and the risks and benefits of doing an MRI scan over other diagnostic testing options.

Check with your hospital or clinic’s policies and procedures beforehand. Check to see if there are any rules or guidelines for performing MRI scans on pacemaker patients.

Once you determine that an MRI scan is the best option for the patient and check with your facility’s policies, you should see what type of pacemaker device the patient has.

Only if the patient is not pacemaker dependent should you consider moving forward with doing an MRI.

Lastly, make sure the pacemaker is working properly before doing an MRI scan. For example, if there is any indication of a generator or lead malfunction with the pacemaker, the MRI should wait. In addition, a cardiologist should assess the patient as soon as possible.

CT Scan vs. MRI Scan for Patients with Pacemakers

So, when is a CT scan best for a patient? When would an MRI scan be a better option?

Computer tomography (CT) scans were the only option for patients with pacemakers for decades. While CT scans have many benefits and are great options for some diagnostic testing, a patient will benefit more from an MRI scan.

CT scans do not affect pacemaker devices. However, sometimes a pacemaker will affect the quality of the images on the scan.

Sometimes pacemakers or other heart implantation devices such as left ventricular assist devices (LVAD) can create dense streaks on CT images. This can lead to some confusion and sometimes difficulty reading the CT image results.

However, a CT scan can be a great diagnostic tool to assess the inside of the body. A CT scan uses X-rays to get a detailed image of the organs, bones, and other tissues. A CT scan shows 3-D images of these structures.

Abnormalities such as pneumonia, tumors, and bone fractures can be seen in a CT image.

Unfortunately, CT scans use X-rays which expose patients to higher levels of radiation. If a patient needs multiple scans, an MRI may be a better option since there is less exposure to radiation.

Instead of using X-rays to create a picture of the inside of the body, an MRI uses radio waves and a strong magnet. Since an MRI does not use X-rays, it reduces the amount of radiation a patient is exposed to. However, an MRI scan does take longer to perform than a CT scan.

An MRI can also show a detailed picture of abnormalities in the body’s tissues.

Depending on the disease or condition that is suspected, an MRI scan may provide a better image of what may be going on with the patient than a CT scan.

An MRI is considered the gold standard when it comes to diagnosing some diseases of the brain and spinal cord.

An MRI can detect certain diseases and cancers that a CT scan cannot detect. For example, cancers such as prostate cancer, uterine cancer, and some liver cancers are much better seen on MRI. These types of cancers are very hard to see on a CT scan.

If cancer has metastasis to the bone or brain, an MRI will show this better than a CT scan.

With advances in medical technology, we are getting better at diagnosing and treating patients. Before, patients with pacemaker devices were not able to get MRI scans. However, today they can get the proper testing they need to help diagnose them properly.

Today we have MRI-conditional pacemaker devices, and we have found safe ways to perform MRI scans on patients with older and non-MRI-conditional devices. However, there are still certain safety precautions and procedures to consider before performing an MRI scan on a patient with a pacemaker.

Before performing an MRI scan on a patient with a pacemaker device, check with your facility on their pacemaker MRI protocols and procedures.

In addition, if you or your loved one has a pacemaker and needs an MRI scan and have any questions or concerns, talk with your radiology technician. They are well-trained and highly educated and may be able to help put any worries you have at ease.

Subscribe to Radiology Vine to receive our latest blog posts focused on you.

Radiology Vine invites you to join our community. It's completely free 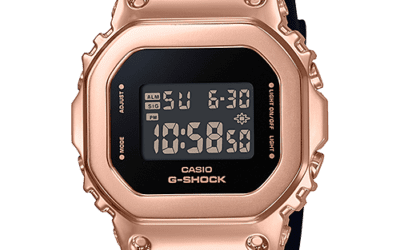 MRI Safe Watches that are within your budget!

As a professional working in radiology every day, you get used to the fact that a watch just isn't an option. The risks of the MRI magnet damaging your smartwatch or activity tracker just are not worth the risk. Lets be clear from the onset. There is no such thing as...